Tachyum’s Prodigy emulation system has been developed in house to offer the best possible accuracy and performance for our engineers to verify the final Prodigy design, and for our customers to begin benchmarking and porting their own application software to native Prodigy code. The hardware emulator consists of multiple FPGA and IO boards connected by cables in a rack. The processor cores FPGA board size is 14.5 inches by 16 inches (368.3mm x 406.4mm). The 24-layer board is 0.110 inches thick (2.8mm) and has 5,948 components on the printed circuit board (PCB) on both sides. The single board with 4 FPGAs emulates 8 full processor cores including vector and matrix fixed and floating-point processing units. FPGA prototypes, with multiple boards connected by cables, allow full-chip, half-chip, and smaller emulation systems ideal for native Prodigy software development, hardware compatibility testing and performance benchmarking.

Customers will be able to use Prodigy’s fully functional FPGA emulation for product evaluation, performance measurements, as well as software development, debug and compatibility testing. A fully functional chip emulation (in FPGA-based hardware) is typically the last step before chip tape-out when the final design is submitted for fabrication in silicon. The Prodigy FPGA emulation system will help customers smooth the adoption curve for Prodigy in their existing or new data center and/or HPC systems that demand high performance, high utilization and low power.

Some Prodigy FPGA systems will have connectors for test chips for DDR5, PCIE 5.0, chip-to-chip 112GB interconnect, PHYs and PLLs to eliminate risk. 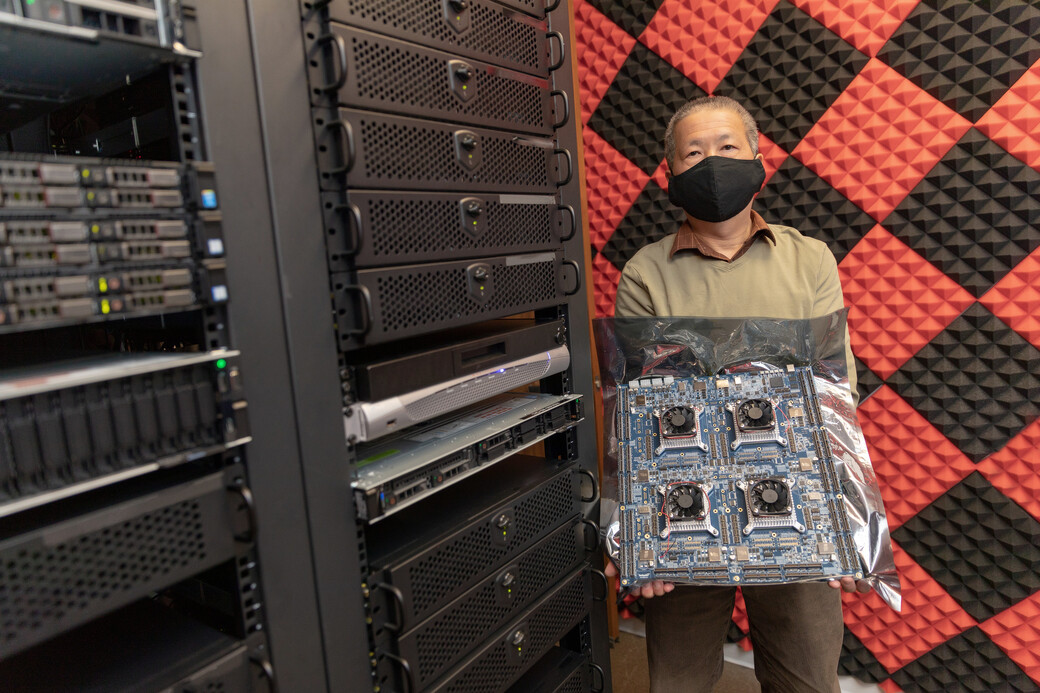 “Finally, being at point where industry experts understand beyond a reasonable doubt that Tachyum is able to complete its design in coming months and bring product to market this year is of great satisfaction for customers, company, our employees, supporters, and lead investor IPM Group, that trusted us since the beginning. The focus for the next quarter is to do Design for Testing (DFT) for manufacturing test, verification, finding and fixing bugs typical for this final stage of design” said Dr. Danilak, Tachyum founder and CEO. “With each step completed and each milestone received, we get closer and closer to delivering a system that many thought would be years away from reality, if not completely impossible. Having a physical FPGA prototype in house means that we are knocking on the door of data centers and letting them know that it won’t be long before they can experience for themselves this year the significant improvements in performance, energy consumption, server utilization and space requirements they need to deliver next-generation solutions to the benefit of mankind.” 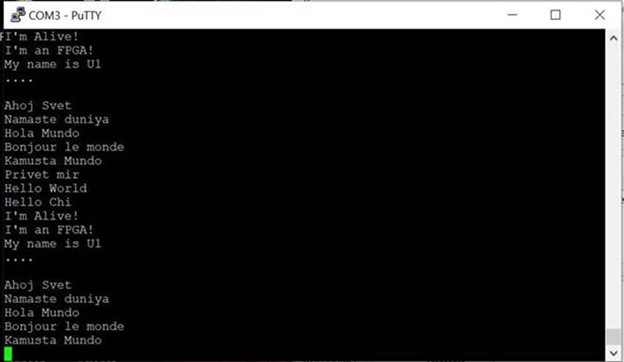 Prodigy’s 3X lower cost per MIPS and its 10X lower core power translate to a 4X lower data center Total Cost of Ownership (TCO), delivering billions of dollars in annual savings to hyperscalers. Since Prodigy is the world’s only processor that can switch between data center, AI and HPC workloads, unused servers can be used as CAPEX- free AI or HPC cloud resources, because the servers have already been amortized. Prodigy will also allow Edge developers for IoT to exploit its low power/high performance, along with its simple programming model, to deliver efficient high- performance AI to the edge.

Tachyum is building the world’s fastest AI supercomputer to enable data centers that are more powerful than the human brain. Its soon-to-be-launched Prodigy Universal Processor delivers industry-leading performance, cost and power benefits to a $50B market that is expected to grow at 20 percent a year. Early adopter customers and partners can use Prodigy software emulation systems today that will enable them to transition their existing applications that demand high performance and low power to run optimally on Prodigy processors, which ship in volume later this year, with fully functional FPGA emulation system boards also available for pre-order. To enroll in these programs or to sign up for the company’s quarterly newsletter, visit https://www.tachyum.com.