The decision to release the FPGA emulation prototype to manufacturing was made based on successful in-house electrical testing results that Tachyum achieved from its Prodigy processor prototype, delivered earlier in the month. The completed motherboard, containing external chips and connectors, is expected back from manufacturing in early May, and will be connected with earlier prototypes to form a fully functional Prodigy emulation server system available for further build out, including Linux boot and incorporation of additional test chips. 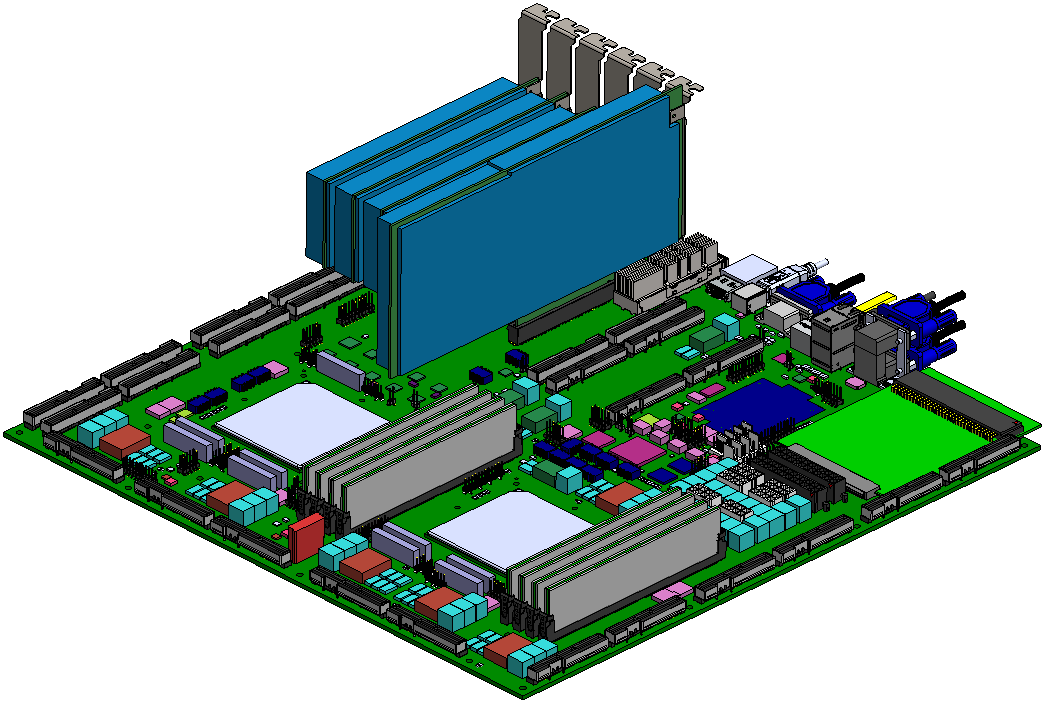 3D picture of DDR-IO board

The Prodigy FPGA motherboard contains IP that Tachyum purchased from third parties, such as PCIE 5.0 and other peripherals. Among the included technologies are 112Gb coherent chip-to-chip communication, BMC, TPM, Ethernet, UART, USB and all other chips necessary to make a complete and fully functional server system. Tachyum will provide all necessary drivers for its peripherals and I/O.

With this most-recent milestone, Tachyum’s systems team is switching its focus on porting virtualization. Progress to-date includes successful porting of Linux 5.10 including Tachyum Interrupt Controller (TIC), inter-processor interrupts (IPI), and running with Symmetric Multiprocessing System (SMP) enabled. The Linux bootloader is being ported, and closes the chain from UEFI.

“Having an integrated ‘chipset’ into Prodigy Universal Processor simplifies board design, saves space and power, reduces motherboard costs, and enables a simplified unified software infrastructure,” said Dr. Radoslav Danilak, Tachyum founder and CEO. “Our ability to continue progressing through each stage of testing and manufacturing so quickly stems from our meticulous design process and a thorough understanding of semiconductor engineering. Assuming successful manufacturing of our motherboard prototype, we should be able to start integrating test chips our IP supplier taped out last year for us as early as May 2021.”

Prodigy’s 3X lower cost per MIPS and its 10X lower core power translate to a 4X lower data center Total Cost of Ownership (TCO), delivering billions of dollars in annual savings to hyperscalers. Since Prodigy is the world’s only processor that can switch between data center, AI and HPC workloads, unused servers can be used as CAPEX- free AI or HPC cloud resources, because the servers have already been amortized. Prodigy will also allow Edge developers for IoT to exploit its low power/high performance, along with its simple programming model, to deliver efficient high-performance AI to the edge.

Tachyum is building the world’s fastest AI supercomputer to enable data centers that are more powerful than the human brain. Its soon-to-be-launched Prodigy Universal Processor delivers industry-leading performance, cost and power benefits to a $50B market that is expected to grow at 20 percent a year. Early adopter customers and partners can use Prodigy software emulation systems today that will enable them to transition their existing applications that demand high performance and low power to run optimally on Prodigy processors, which ship in volume later this year, with fully functional FPGA emulation system boards also available for pre-order. To enroll in these programs or to sign up for the company’s quarterly newsletter, visit https://www.tachyum.com.