BRATISLAVA, Slovakia, February 18, 2020 – Dr. Radoslav Danilak, founder and CEO of semiconductor startup Tachyum Inc. and Tachyum s.r.o., was the recipient of the 2019 Crystal Wing Award in the Innovation and Startups category. This prestigious Award recognizes significant achievements of Slovaks who have attained exceptional expertise and success in their respective industries.

Now in its 23 rd year, the Crystal Wing is given in the categories of philanthropy; economy; journalism and literature; theater and audiovisual art; fine arts; popular music; sports; and medicine and science to highlight unique people and their professional performances, which are deserving of the highest respect. Winners were selected by a jury of peers, after being selected as finalists from among all nominees.

Dr. Danilak has more than 25 years of industry experience and over 100 granted patents designing state-of-the-art processor chips. A U.S. citizen, born in Slovakia, he serves on the Slovak government’s Innovation Advisory Board. Dr. Danilak is a member of the IDC Technical Computing Advisory Panel, the Forbes Technology Council, and a contributor to TechTarget. He holds a Ph.D in Computer Science and an MS in Electrical Engineering from the TUKE Slovakia, in Kosice.

“The Crystal Wing Award is a tremendous honor for any citizen of Slovak Republic to receive and I am truly humbled to have been included among this year’s recipients,” said Dr. Danilak. “The country is at an apex in various areas of social, economic, scientific and cultural life, and the Crystal Wing Award is a prestigious way of recognizing the achievements made by the men and women of Slovakia. I look forward to carrying on the mandate of greatness that this award represents as we continue to reshape information technology with our transformative work, delivering the world’s first and fastest Universal Processor to worldwide markets.” 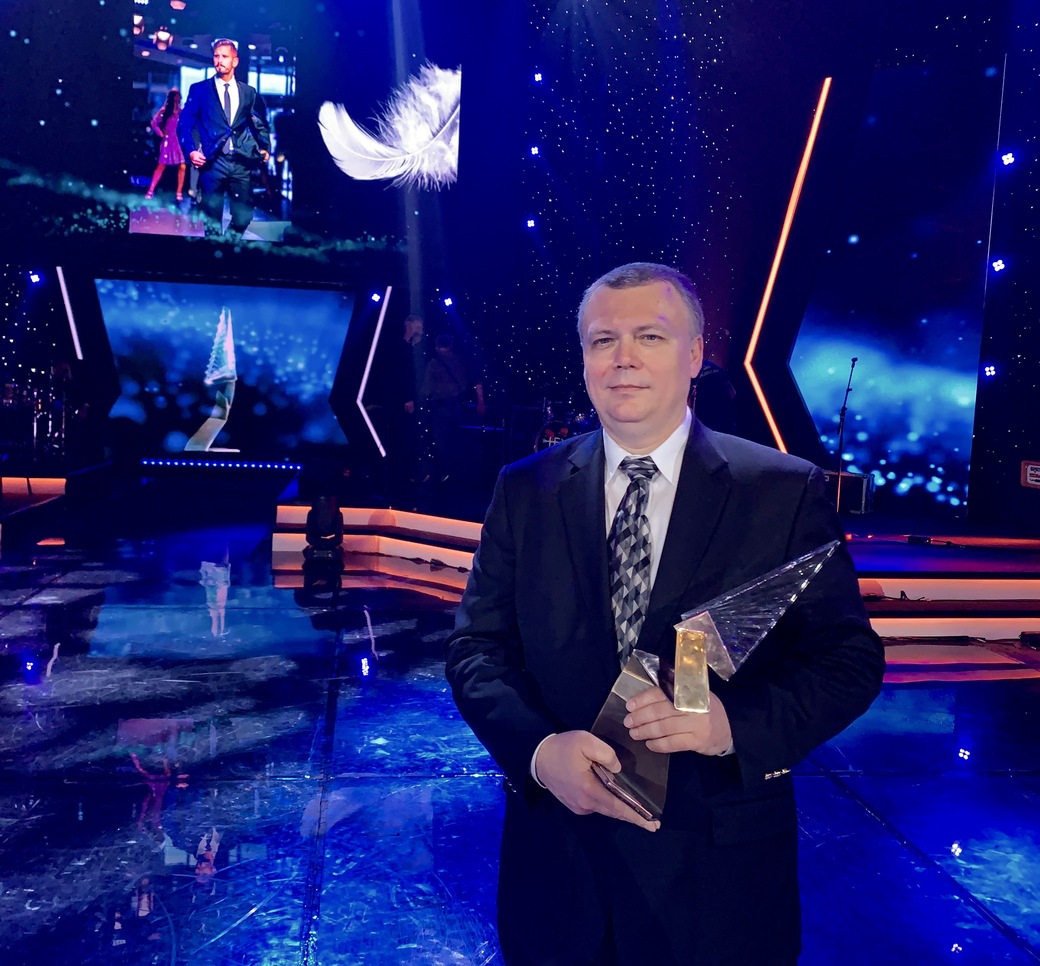 Tachyum is building a new R&D center within Slovakia that plays essential role in development phase of the company’s Prodigy Universal Processor Chip, the smallest and fastest general purpose, 64-core processor developed to date, requiring 10x less processor power, and reducing processor cost by 3x. Prodigy will directly enable a 32- Tensor Exaflop supercomputer and allow the building of machines more powerful than the human brain by 2021, decade ahead of industry expectations. Prodigy reduces data center TCO (annual total cost of ownership) by 4x, through its disruptive processor architecture and a smart compiler that has made many parts of the hardware found in typical processors redundant. Fewer transistors, fewer and shorter wires, due to a smaller, simpler core, translates into much greater speed and power efficiency for the Prodigy processor.

Dr. Danilak was among the 13 winners of this year’s Crystal Wing Awards honored at a prestigious event held under the auspices of Prime Minister of the Slovak Republic Peter Pellegrini in February 9. The full list of 2019 Crystal Wing recipients is available online at https://kristalovekridlo.sk/.

Named for the Greek prefix “tachy,” meaning speed, combined with the suffix “-um,” indicating an element (e.g. lithium), Tachyum is meant to evoke the notion of “an element of speed”.\Tachyum emerged from stealth mode in 2017 to engineer disruptive intelligent information processing products. Tachyum’s founders have a track record of solving problems caused by device physics in semiconductors, to deliver transformational products to global markets, and are backed by IPM Growth, the Central & Eastern European venture capital platform, as Tachyum’s lead investor.