Tachyum CEO Dr. Radoslav Danilak Named IT Person of the Year at IT GALA

Bratislava, Slovakia, October 3, 2019 – Dr. Radoslav “Rado” Danilak, founder and CEO of semiconductor startup Tachyum Inc., was named IT Person of the Year 2019 at IT GALA, the most prestigious annual event of the Slovak information technology and telecommunications communities. 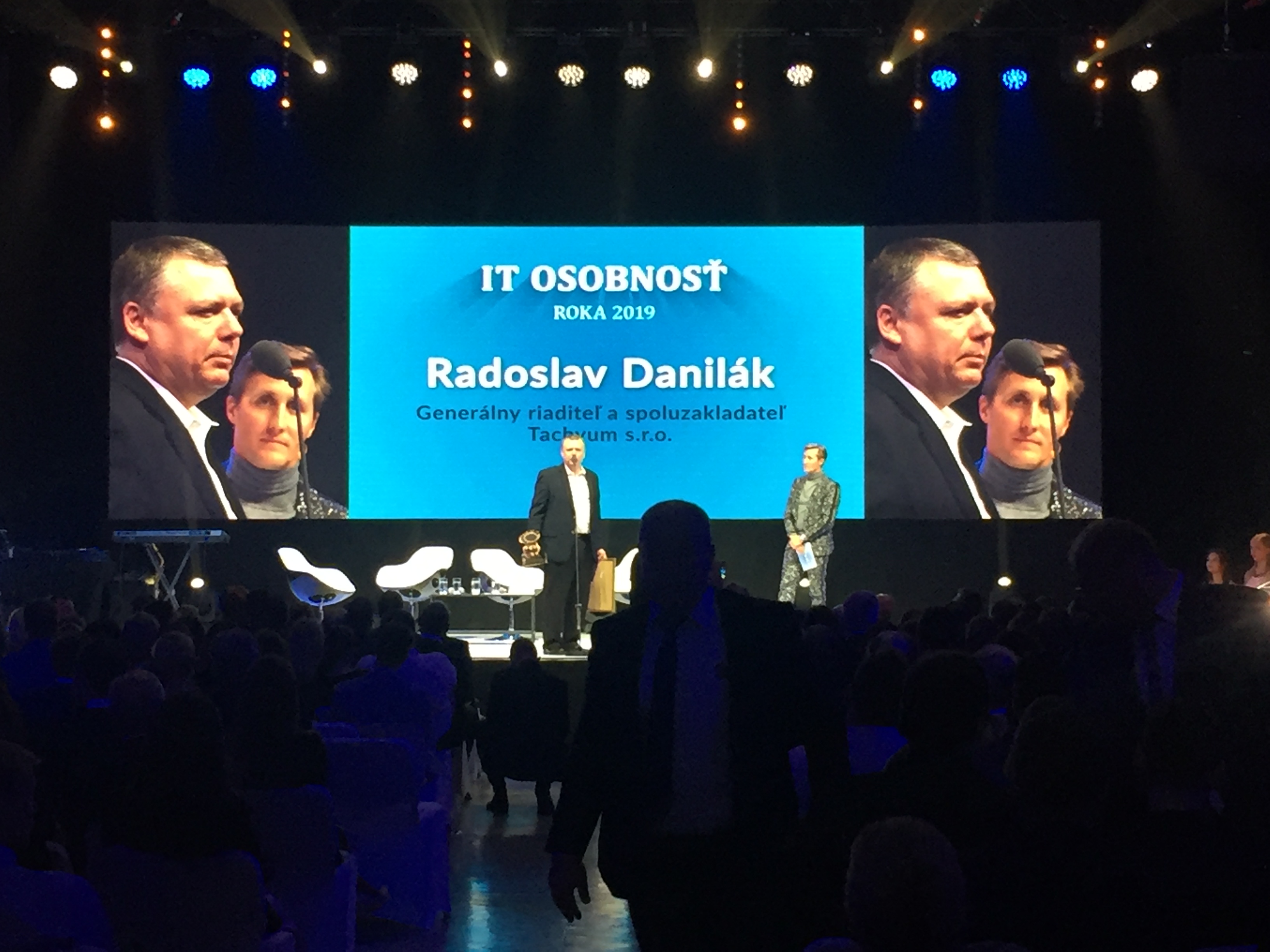 Dr. Danilak was named Person of the Year based on the criteria of his contributions to technical

A frequent presenter at technology trade shows around the world, Dr. Danilak has more than 25 years of industry experience and over 100 patents designing state-of-the-art processing systems. Rado Danilak is a U.S. citizen born in Slovakia and serves on the Slovak government’s Innovation Advisory Board. He is a member of the IDC Technical Computing Advisory Panel, the Forbes Technology Council, and a contributor to TechTarget. He holds a Ph.D in Computer Science and an MS in Electrical Engineering from the TUKE Slovakia, in Kosice, where he taught compiler courses.

Tachyum is building a new R&D center within Slovakia that will assist in the final development phase of the company’s Prodigy Universal Processor Chip, the smallest and fastest general purpose, 64-core processor developed to date, requiring 10x less processor power, and reducing processor cost by 3x. Prodigy will directly enable a 32-Tensor Exaflop supercomputer and allow the building of machines more powerful than the human brain by 2021, years ahead of industry expectations. Prodigy reduces data center TCO (annual total cost of ownership) by 4x, through its disruptive processor architecture and a smart compiler that has made many parts of the hardware found in typical processors redundant. Fewer transistors, fewer and shorter wires, due to a smaller, simpler core, translates into much greater speed and power efficiency for the Prodigy processor.

“Being named as Person of the Year at IT GALA is a very big honor and one that I don’t take lightly,” said Dr. Danilak. “Truly, such a recognition is one that the entire team at Tachyum should take to heart because the progress that the company has made in advancing IT in Slovakia and around the world is one that is not mine alone. I look forward to continuing our momentum as we get even closer to delivering the world’s first Universal Processor to power next-generation solutions for big data analytics, deep learning, mobile and large-scale computing.”

IT GALA is an annual event of the Slovak information technology community beginning in 2001. IT GALA is organized by Digital Visions, publisher of PC REVUE magazines and NEXTECH.sk portal. The gala evening of IT GALA is attended by approximately 750 participants - representatives of the most important companies of the information-communication industry, heads of state administration, public administration, academia and the private sector.

Named for the Greek prefix “tachy,” meaning speed, combined with the suffix “-um,” indicating an element (e.g. lithium), Tachyum is meant to evoke the notion of “an element of speed”. Tachyum emerged from stealth mode in 2017 to engineer disruptive intelligent information processing products. Tachyum’s founders have a track record of solving problems caused by device physics in semiconductors, to deliver transformational products to global markets, and are backed by IPM Growth, the Central & Eastern European venture capital platform, as Tachyum’s lead investor.